Neil deGrasse Tyson isn’t a comedian, but he does have a good funny bone as he proves to us on twitter time and time again:

“According to the song, Rudolph’s nose is shiny, which means it reflects rather than emits light. Useless for navigating fog.”

“Anyone from Venus is formally a Venereal, but Doctors got to the word before astrophysicists, so we invented Venutian instead”

“No need to ask me where I looked up these numbers – I didn’t. I calculated them myself. It’s called the “Brain App” “

“In 5-billion years the Sun will expand & engulf our orbit as the charred ember that was once Earth vaporizes. Have a nice day”

I like the sarcastic ones. He also usually makes people laugh while he’s on someone’s show. Here he is on conan awhile back.

Here is a great “interview” with Jimmy Fallon (better picture).

He is also one of the most meme worthy characters in the culture of the world wide web! 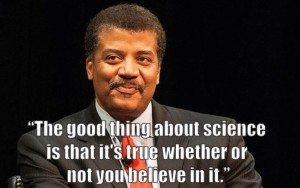 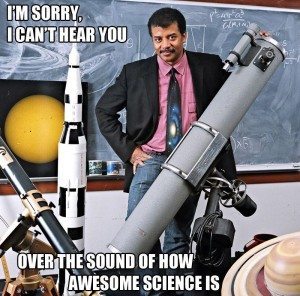 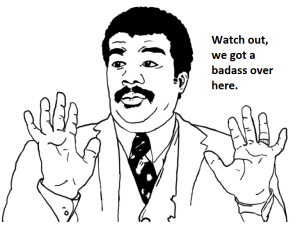 Classic! I encourage everyone to watch every video that Neil deGrasse Tyson was ever in ever. You will not be dissapointed.