Five of the Most Popular Karaoke Songs in Denver, CO 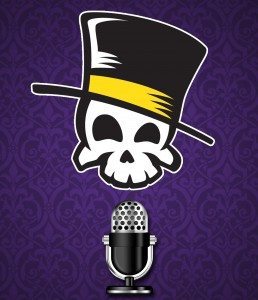 If you’ve been thinking about something fun and different to do for your nighttime entertainment, you’re not alone. Many of us have been taking to events like comedy and karaoke for something different to do. If you’re considering trying a night of karaoke for fun, here is a list of what very well could be  the five most popular karaoke songs in the Denver, Co area to consider before taking the stage:

5. “Juke Box Hero” – Particularly for the thirty-something year old male demographic, this is a fan favorite for many reasons. It’s got a distinctly powerful rock anthem feel to it, it allows you to scream the chorus at the top of your lungs, and it’s also one of the greatest air guitar songs ever created.

4. “Hold On” – I wonder if Wilson Phillips realized they were creating the female version of the rock anthem when they released this song back in 1990? Truthfully, it’s hard to find a group of three ladies in a bar who don’t want to sing this song at the top of their lungs for everyone to …’ahem’ enjoy.

3. “Livin’ on a Prayer” – Classic karaoke or painfully impossible for any mere human with actual male testosterone in their body’s to sing? For some reason, every guy who grew up in the 80’s wants to sing this one, and it almost always results in lost voices and even more lost respect. Seriously guys, before attempting this one think about it… really think about it.

2. “Friends in Low Places” – Universally enjoyed by almost everybody, this is a crowd pleaser whether you’re a fan of country, rock, pop, or anything else. Forget about your troubles for four minutes; put your arm around the person closest to you whether they are male or female, friend or foe; and begin the bellowing of these catchy and totally harmless lyrics. Yes, beer will be spilled as you sway back and forth with anywhere from five to fifty of your closest friends, but it’ll all be worth it at least until the next guy gets up there and attempts a Bon Jovi song again. Just pray it’s something other than Livin’ on a Prayer.

1. “Rocky Mountain High” – Was there really any doubt this would be the number one most popular karaoke song in this area? Yes, just as Pearl Jam reigns supreme in Seattle and Aerosmith lives forever in Boston, John Denver is immortal in Colorado. It makes me wonder if the song “Country Roads” is just as popular in West Virginia?

“The RISE Comedy Playhouse” in Denver, CO features some of the world’s best karaoke on Friday nights. With no admission fee, no drink minimum, and a songbook that includes over 30,000 songs, it just may be the best karaoke experience available. Please contact us today for more information.