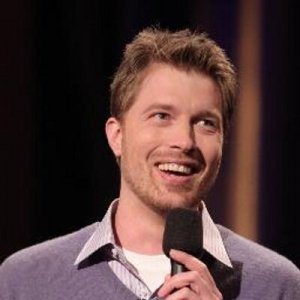 There are thousands of standup comics trying to make a name for themselves wherever they can. Dive bars, strip malls, etc. Luckily for them, the internet exists! Anytime anywhere you can check out new comics you’ve never seen or heard of before. I surf the net for comics a lot and it seems like there are always videos popping up of standup I’ve never seen, even if they’ve been in the game awhile. Here are 3 standup comedians that are really good, but you might not know about yet.

Jen Kober – This lady is hilarious, yet it seems that nobody knows who she is, which needs to change! There isn’t even a wikipedia page about her, and her IMDB page is 16 words long! She’s been in movies like “Grudge Match” and “American Reunion” and has been in several sitcoms. She is a southern lady originally from Lake Charles, LA. Jen actually released a new comedy album in March of this year, and it’s only $10 so get on that. It looks like the closest she is touring to Colorado is Arizona unfortunately, but you can always check out a couple of these great videos before you buy: Jen Kober Youtube Videos

Shane Mauss – I haven’t heard much about Shane recently, but it looks like he’s been actively touring. Anytime I ask someone if they have heard of him they say no,which I haven’t figured out. He’s been in the game since 2004 and won Best Standup Comic at HBO’s US Comedy Arts Festival in 2007. Since then he’s been very busy, just look at this impressive BIO! Shane has appeared on Conan O’ Brien’s show 5 times. The second appearance on that show is the first time I saw him and the first joke hooked me on his comedy for life, so be sure to at least check that one out here along with other videos. I don’t think the comedy world can get enough of this guy. His second special (released June of this year) aired on Netflix, his first was on Comedy Central in 2010.

John was a wild man on stage, a clean comic that could make you laugh no matter what. A true veteran, I mean come on, he appeared in ALF in 1990! John was known for being heavy set and making jokes about it. Unfortunately he passed in April of this year due to a pulmonary embolism after losing a lot of weight and having a few small surgeries. He was 50 years old.

Pinette had a decorated comedy career with lots of touring starting in the 80’s, as well as two CD releases and 3 DVD releases spanning from 1998 to 2011. Several big timers expressed that John has inspired them in the past through Twitter including Bill Burr, Jim Gaffigan, and Jim Jefferies. I always quote Pinette on fishing trips when things get slow. My doctor asked “Do you eat a lot of gluten?” I said “I don’t know what gluten is but I would say yes.” This is the first joke I heard from John and love his stuff ever since. His signature yelling was an instant classic. Please take some time to check out John’s material whether it be through purchasing or just searching Youtube for some timeless laughs.

Don’t forget to support your local denver standup comedians, you could see the next big one when they haven’t taken off yet, they need those early laughs! Don’t hesitate to contact us about anything live comedy in Denver!