“12 Years a Slave” Writer John Ridley Once Worked in Standup Comedy: What Lessons Might Have Been Learned? 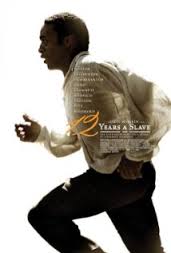 Standup comedy has bred numerous stars that have gone on to the highest heights in the world of entertainment. Some of the brightest comedic talents on TV and in movies all started on a stage telling jokes, either as a scripted performance or through improv. One particular comic, though, took a journey into an entirely different place. Even if we can still picture someone like Robin Williams doing drama, what happens when a standup comedian turns to writing one of the most searing and dramatic movies of the year?

We’re talking about Oscar-winning screenwriter John Ridley who adapted the screenplay for Steve McQueen’s “12 Years a Slave.” Recently, the media surprised everyone when it was discovered Ridley had done standup comedy for a long time during the 1990s. While it might seem like a huge leap going from standup comedy to adapting one of the most seriously important movies about slavery ever made, perhaps it isn’t all that far apart.

The reason is because Ridley did one particular style of standup comedy: Observational. When you do that, you see the world in a much more detailed and ironical way. And in practice, it could easily help you see insights into the human condition others may not always think about.

Could Comedy be a Breeding Ground for Insightful Drama?

Those like Ridley who do observational humor may be at an advantage having a mind that understands how the world works. Because Ridley was African-American, he no doubt already had the experience of some racism in his past that helped him be able to get inside the book by Solomon Northrup. By looking at it through a modern prism, he may have proven the concept of comedy frequently interconnecting with tragedy.

Now that we know Ridley went from comedy to serious screenwriter, will we see more standup comedians go into more serious territory? It hasn’t been common yet, though it may be because other comedians have feared whether fans would relate. Ridley may have set the precedent for comedians trying their hand at more drama. It’s worth keeping in mind, though, that the rare comedians who’ve tried drama almost always succeed at it.

It’s something to think about when watching the up-and-coming standup comedians you’ll see here at RISE Comedy Playhouse. Located in downtown Denver, Colorado (otherwise known as LoDo), we feature comedians we think have a bright future. Perhaps you’ll see them advance in comedy first, then show up acting in a TV or movie drama down the road.

You can be the first to say you saw them do standup comedy once, just like fans of John Ridley did online during the Oscars.

Contact us about our showtimes, or if you have any questions or comments about our performers.