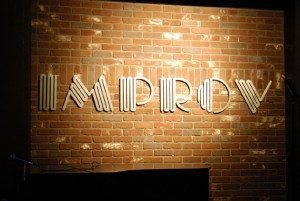 Anyone who’s attempted standup comedy knows that it’s not always pretty when first starting out. With The Improv celebrating its 50th anniversary in December of 2013 and the Los Angeles Times doing a profile on the legendary comedians who performed there, we see evidence of how rough it really was. It reveals a lot about how you should perceive the next unknown standup comedian you see or even what to expect if starting your own standup career.

Everyone Has to Start Somewhere

It’s breathtaking to see the names of today’s legendary comedians who worked at The Improv and the struggles they had beyond anyone’s imagination. Jay Leno talks about sleeping in The Improv’s back alley overnight just to make sure he was able to perform there. Similar struggles applied to all the other big names you know today like Jerry Seinfeld, Ray Romano, Sarah Silverman, and Jimmy Fallon.

Chances are, they weren’t getting paid handsomely either, even if seeking out The Improv gave them a better chance at gaining a TV deal or just getting their name known. Regardless, one has to wonder what happened to some comedians who ultimately didn’t have a successful comedy set. Anyone who did were the ones who went on to bigger things.

It’s clear, however, that many of those comedians had to face hostile audiences. Even Russell Brand is quoted in the above L.A. Times piece with a clever quote of being trapped between a hostile audience and a brick wall. The only way out is to tell some jokes and hope that the audience laughs rather than tears you apart.

With standup comedy becoming more popular than ever, there may be more comedians starting a career in the field than when The Improv first opened. Nothing has really changed, and they go through the same experiences as all standup comedians do when first starting out.

It’s why when you see an unknown local standup comedian, you should probably think of them in a different frame of mind.

Show Some Respect for a Tough Field

Not everyone can be a Jay Leno or Jerry Seinfeld. For those struggling comedians, they may have a tougher road as they hone their material. As they get better, they may be a future star in the making, even if you may not think so initially. When you see one of the standup comedians on our stage here at RISE Comedy Playhouse, it’s a good idea to place yourself in their own shoes. Also consider the possibility of them being a household name within a decade.

No matter how funny and carefree they may seem, they perhaps have it tougher than you do in trying to find their way in life as a standup comedian. To them, it’s probably all about getting into a nightly zone on stage and turning off the notion that they may be struggling financially or really need a big break.

Fortunately, we provide a welcoming environment here and encourage audience members to show their strong support. Come see our standup comedians and view them in a little different light while enjoying their material. You can watch them knowing there’s much more going on under the mask of comedy.

Contact us about our schedule and when our next standup comedians perform. We’re an open bar, so we know laughs may come a little easier.