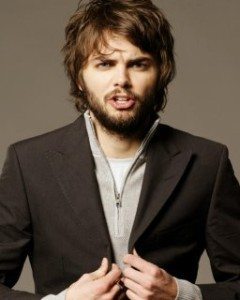 Standup comedy is something that’s still a subjective art, and we still feature some comedians here in Denver who take some serious risks in doing something different. Most of them succeed, and it’s the musical comedians who frequently are the most daring. Ever since Vaudeville, the musical comedian who plays a piano, guitar, (or banjo) has graced numerous stages and set precedents for the musical comedians of today. Names from Jack Benny on up to Steve Martin have all used musical instruments as props and part of their comedy routines. Today, you have names like Nick Thune, Rodney Carrington, and, yes, Jimmy Fallon, using music in their comedy.

Is music in standup comedy still a successful venture for a first-timer, or is it too contrived to achieve any sense of real laughs?

The Beauty of a Guitar

The comedian with a guitar might be automatically funny, because it plays up the stereotype of the guy singer with a guitar. This brings automatic laughs because we’ve had several generations of serious singers with guitars who sing overly serious songs. Hearing a comedian utter hilarious or surreal lyrics with a guitar already destroys the singer with the guitar archetype we’ve long set in our minds.

Everyone from the Smothers Brothers to Steve Martin (with his banjo) set this in motion back in the 1960s and ’70s. They were ribbing the folk singers of the day who were singing some of the most serious social songs in the nation.

Strangely, few to any female comedians have done comedy with a guitar, which should be amended right now nationally and here in Denver.

Using a Piano as a Comedy Prop

If you’ve ever heard old recordings of Tom Lehrer, then you know who the real master was of comedy at a piano. His blazing satire songs still hold up today in how dark they were back in the 1960s. Still alive now, he occasionally performs without the attention he deserves. Now, though, you’re more apt to see Zack Galifianakis perform comedy at a piano after presumably imbibing.

And don’t forget old footage of Victor Borge for bringing comedy to classical piano. There hasn’t been anybody to take his place, and probably never will be.

Off-the-wall musical comedians like Reggie Watts just use devices like a looping machine to do oddball comedy using a form of music. Watts may arguably be the most creative standup comedian around, which means he probably isn’t for all tastes. We’d love to have him perform here in Denver at RISE Comedy Playhouse to see what the audience reactions would be.

As you can see, musical comedians are still vibrant, though more of a niche category as the mainstream prefers hearing real stories. The lucky few who use music in their acts have to stand out from the crowd and perhaps allow a few years for their act to be assimilated into the public consciousness.

It’s something to consider if you’re considering doing a similar act here in Denver or nationwide. In the meantime, come and learn from some of the best standup comedians performing at RISE Comedy Playhouse. Contact us for our schedule on who’s performing. You might be lucky enough to see a musical comedian grace our Denver stage any day, though hopefully without using a guitar.