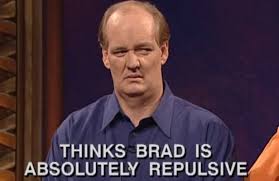 Comedy improvisation continues to be a popular entertainment option that also has one special aspect to it: The audience can be in on where the show goes. The very best improv comedians take suggestions from the audience and turn two hours into lofty and hilarious entertainment. But the only issue with working with an audience is not knowing what they’re going to offer from one night to the next.

What should a crowd be expected to do (or not do) when providing suggestions for an improv comedian to take everyone on a wild ride?

Don’t Be Afraid to Be as Creative as Possible

In an article this last summer about improv greats Colin Mochrie and Brad Sherwood, the two comedians pointed out that they try to persuade audience members to be as wildly creative as possible. An improv comedian wants to be challenged and not go with overly conventional ideas. Then again, combining multiple conventional ideas can take things into uncharted territory.

While audience members should be encouraged to be creative in suggestions, it doesn’t necessarily mean going off the deep end so it doesn’t make sense.

Refrain from Being Dirty

In the world today, it’s far too easy to come up with a dirty or juvenile suggestion that’s not suitable for family members. The best improv comedians strive to be clever and not be known as being filthy-minded. Mochrie and Sherwood above aren’t afraid to be at least suggestive without going overboard. Regardless, an improv experience should be for everyone and not be considered a Vegas act with explicit language, graphic sexual references, or sophomoric potty humor.

The above just doesn’t work in improv without being deemed a cheap shot. Being insinuative and suggestive works so much better because it lets the audience use their own imagination in leading to the laughs.

Improv comedians also like the audience to throw them creative curveballs that takes the improv routine in unexpectedly funny directions. Mochrie and Sherwood above have people come up on stage and complete sentences for them, which can lead to hysterically funny results. Audience members should go to an improv show expecting to be called upon to provide these segues. If you’re a type who expects to be passively entertained without any interactivity, then you might prefer a standup comedian instead.

Here at RISE Comedy Playhouse, we provide a mix of improv and stand-up comedy on a regular basis, six nights a week. And because we have a bar here, we expect a few drinks will make you a little bit inspired to provide some crazy suggestions to our featured improv comedians. It’s up to you how much you want to drink and how lucid you want to be to become a part of the show.

Contact us about when our next improv shows take place, or check our calendar for events. We’re located in lower downtown Denver, Colorado, and it’s a comedy experience you won’t find anywhere else in town.