Film and TV Creators Embrace the Magic of Improv

Improvisation’s not just for comedy clubs–more and more movies and TV shows are letting their actors roll with the punches. Here’s a few recent releases that have been lenient on the scripts or shredded them all together. 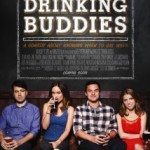 Like with all his other films to date, Joe Swanberg had the actors of Drinking Buddies improvise their dialogue so that the audience could “see real people coming through.” Olivia Wilde, one of the film’s stars, says of Drinking Buddies: “It’s the thing I’m most proud of. I feel that I devoted myself to this in a way I’ve never done. Improvising the entire film meant that I was constantly creating.” Swanberg adds, “You’re not watching famous Hollywood actors playing roles, what you’re seeing is their personalities shining through.” 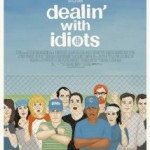 “I didn’t even give a script to anyone. I told everybody right before we filmed what the scene was about,” says Jeff Garlin about his new film Dealin’ With Idiots, a satire about the culture surrounding youth baseball leagues. With a cast full of improvisational comics like Fred Willard, Bob Oedenkirk, Kerri Kenney-Silver, and J.B. Smoove, it sounds a little less crazy to go scriptless. 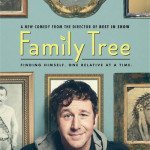 Chris Guest, the man behind This Is Spinal Tap, is one of the creators of Family Tree, a documentary-style TV comedy. Chris O’Dowd, who stars in the series, says it is “intimidating to work with the king of improvisation.” O’Dowd adds, “I love a bit of improvisation, and I thought it’d be a challenge. It’s hard to be funny and naturalistic and informative and move the plot along at the same time.”

The Way, Way Back 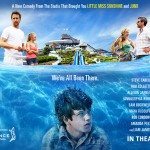 Groundlings veterans Nat Faxon and Jim Rash wrote The Way, Way Back, a comedy-drama coming of age story. Maya Rudolph, one of the film’s stars, raves, “They wrote an amazing script and then let us infuse it with our own stuff.” Rudolph, who knew the duo from their Groundlings days, reflects, “What’s neat about the world of sketch comedy and improv that we came out of is that we learned to be part of a group, so they’re the directors and they’re in charge, but they understand how to work as a team.” 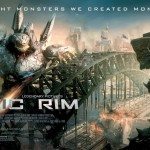 You might not think of science fiction and improv as a likely pair, but Pacific Rim star Charlie Day revealed that director Guillermo del Toro encouraged improvisation during filming. Day described del Toro as “very collaborative” and said that, aside from adhering to technical sea-monster jargon, “there were times when I was reacting to Ron [Perlman’s] character or Burn [Gorman’s] character and we could be a little loose with it.” He added that del Toro is “very secure with what he’s doing so he’s completely open if someone comes up with something in rehearsal or something like that.”

So, before or after you hit up the movie theater, come to RISE Comedy Playhouse for some live improv; it’s even more exciting when you can’t edit any reels.