Many of today’s most successful actors and comedians started out in the sweaty spotlight of comedy clubs, improvising their way to stardom. Here’s a few of those celebs who grew their wings at places like the Voodoo: 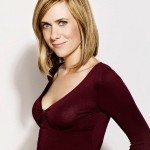 Before heading off to SNL and movie stardom, Kristen Wiig took classes and performed at the legendary Los Angeles improv company The Groundlings. “Groundlings opened everything up,” she reflects. “[W]hen I started taking classes at The Groundlings and taking improv, it was like something just clicked and I felt like, ‘Oh, this is what I want to do.’” 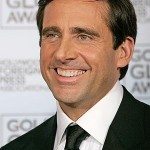 Chicago’s Second City comedy club was Steve Carell’s “first big paying job” as an actor. “I already felt like I’d made it, just being at Second City. There didn’t seem to be much more beyond that that I’d dreamt about achieving. When I was there, I thought, ‘If I could just do Second City and do a couple of television commercials…’ Man, I was set. There was nothing in my mind that was better than that. I would’ve had it good.” 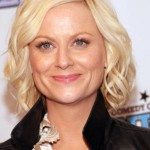 Amy Poehler established herself at Chicago’s Second City, too, and also at ImprovOlympic where she helped form the Upright Citizens Brigade. She gave a speech to a graduating Harvard class about life lessons learned from improv. “It’s so important to have a good team that supports you. In improv, there’s virtually nothing you can’t do when you have teammates that understand how important it is to take care of each other,” she said. “They give you wings to fly. In life the same holds true.” 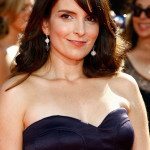 Of course, it’s hard to mention Amy without longtime friend and coworker Tina Fey. She, too, has reflected on how the things she learned at Second City helped her succeed both on stage and off. “In improv there are no mistakes, only beautiful happy accidents. And many of the world’s greatest discoveries have been by accident. I mean, look at the Reese’s Peanut Butter Cup, or Botox.” 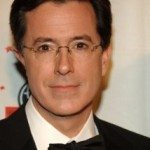 Even after joining the troupe at Second City, he said he was eager to do straight theater. “I’d think to myself, I’ve got to do ‘Hamlet,’ I’ve got to do avant-garde theater, and so I would quit, grow a beard and do a play.” Obviously today he’s known for his satirical humor and not epic sagas. In a speech at Northwestern, he referenced his improv roots, saying, “No one is leading, you’re all following the follower, serving the servant. You cannot win improv. And life is an improvisation. You have no idea what’s going to happen next and you are mostly just making things up as you go along.”

Come down to RISE Comedy Playhouse and see our stars in the making.