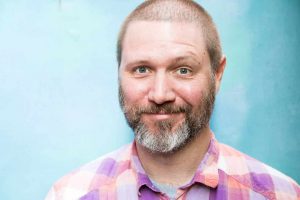 Brian James O’Connell teaches you the skills you need to find your “position” in the scene and then play it to the hilt.

Position Play was invented by Miles Stroth (Del Close’s “Warchief”, Founder, Owner & Operator of The Pack Theater in Los Angeles) as a way to understand and execute the “scene dynamics” of the Four Basic Scene Types: Straight/Absurd, Character Driven, Alternate Reality and Realistic. If you are able to understand the few tools & techniques needed to play these individual scenes, every other choice you make on stage will be from a place of renewed confidence and successful fun!

Topics include: “Thing. Concept. Idea.”, “The Five Scenes Everyone Tells You *NOT* To Do But Darn It They Come Up On Stage Anyway”, “Playing Archetypes” “Mapping Characters” and many, many more!

Brian James O’Connell is a working actor, writer, director, filmmaker and teacher in Los Angeles. He teaches his singular ALL IMPROV and THE NEW DECONSTRUCTION electives at The Pack Theater of which he is also a Co-Founder.

BOC (as his friends call him) is part of the improv powerhouse & comedy collective Dr. God, who recently completed their first feature film project BLOODSUCKING BASTARDS, starring Fran Kranz, Pedro Pascal, Joey Kern, Joel Murray, and Emma Fitzpatrick, which O’Connell directed (his third feature as a director) as well as co-writing the script with Dr. God. The film was the Opening Night Premiere at Slamdance in 2015 and is available now on Amazon Prime after it’s 15 city theatrical run along with a two year run on Showtime.