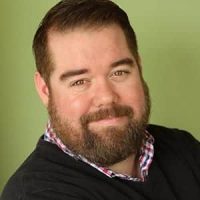 Study and learn Nick’s philosophy on Genre style improv. Learn form, genre style and character. During this four week intensive you’ll learn how to play effective characters that will work in any genre. The tools you get are universal and mailable to any genre. Nick’s philosophy follows character play in genre more than the narrative itself. You’ll be able to learn how to develop and carry on character through the entire show. So you get to kill two birds with one stone..Character and genre! We will perform this live on the internet in a class show. Oh yes, and we will pick a genre and dress in character to perform live on Twitch!

Nick Armstrong is managing director and co-owner of RISE Comedy.  Nick is an Actor, Improvisor and Writer living in Los Angeles, CA. On TV Nick has been on the Emmy-Award winning shows The Office and Grey’s Anatomy. He has also made appearances on Jimmy Kimmel Live, New Girl, Stan Against Evil, Brooklyn Nine Nine and Parks and Recreation. He has also sold and written TV shows to numerous networks including TruTv, A&E and more. Nick has trained at The Groundlings and iO West. He is an alum of The Sunday Company at the Groundlings and currently performs at the M.I.’s Westside Comedy Theater with LA’s Critically Acclaimed Harold team King Ten and County Line. He has also taught improv at iO West, The Groundlings, The Pack Theater and has done workshops all over the world. Nick is also the Camp Director and Founder of Camp Improv Utopia a a 501(c) (3) Non Profit improv retreat for grown ups. He is also one of the founding members of the The Improv Network.