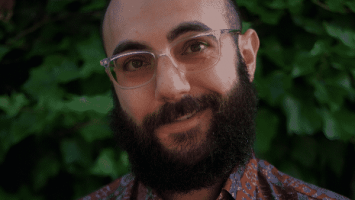 Inclusion scholarships are available for this workshop!  Click HERE for details and to apply!

This course will focus on writing techniques for short films and feature length movies. You will be able to apply lessons learned in the course to television and other forms of writing as well. We will study multiples genres including drama, horror, and comedy and analyze scenes from well known scripts and movies in order to better comprehend story structure and craft. During this 6 week course, we will also deep dive into building your characters, learn the basics behind a 3-act structure, understand the importance of the inciting incident, think critically about themes and motifs,  explore techniques for writing good dialogue, learn proper script formatting, and discuss helpful practices to enrich your own personal writing ritual. Students will share and critique each other’s work through Zoom, and learn best practices for giving and receiving constructive feedback. You will also hear first hand advice on working in the industry as a screenwriter for both independent film and Hollywood cinema. By the end of the program, you will have completed a short screenplay, and be prepared to turn it into a real film in the next course!

Justin Nijm is an Arab American filmmaker based in Los Angeles and part of the directing duo Jack & Justin. He is known for his dark, offbeat comedy and captivating visual style. They recently directed two seasons of IFC’s horror comedy STAN AGAINST EVIL, created by Dana Gould and starring John C. McGinley and Janet Varney. They directed two episodes of the YouTube Red show “FOURSOME” created by S&M, and History Channel’s Emmy award nominated series THE CROSSROADS OF HISTORY. He has written and directed for Funny Or Die, Comedy Central, Adult Swim, and Viacom and their work has been featured on Comedy Central’s @Midnight, Good Morning America and ESPN as well as in numerous public showcases including the Oddball Comedy Festival 2014 and LA’s monthly comedy event, The Super Serious Show. Their internet short “DENNIS QUAID’S ON SET FREAK OUT” won a Webby Award for best comedy short and was featured on Jimmy Kimmel Live! Jack & Justin are currently writing their second feature based off their short film “The Hug,” soon to be a major motion picture. He is represented by Artists First.