A Conversation with Mick Napier

This post is the most special yet. If you have been involved in improv for any period of time, when someone says the name Mick Napier it rings more than a bell. If you don’t know who he is, get yo’self educated here. Mick Napier is arguably one of the most powerful forces in modern improvisation… and the most real. Napier owns and operates the Annoyance Theater, with locations in Chicago and New York City. RISE Comedy had the honor to sit down with Mick Napier and is proud to present this Colorado exclusive, A Conversation with Mick Napier. 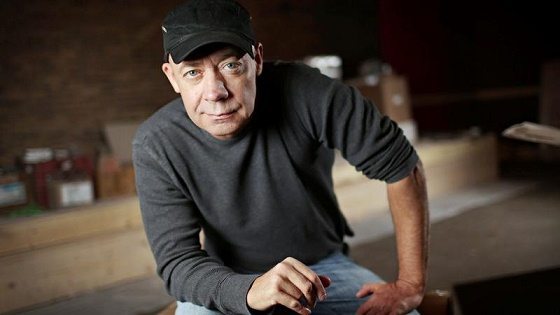 Mick Napier
Source: Brian Cassella/Chicago Tribune
If there is one thing I was able to observe when I first met Mick in Chicago was that he was humble and raw. Take it or leave it. That uncanny persona, in a world of fabricated positivity, made a niche for itself in Chicago when the legendary Annoyance theater opened in 1989. The Annoyance opened with Co-Ed Prison Sluts with an all-star cast with a unique twist on comedy in the windy city. That take-no-prisoners show catapulted the Annoyance to local fame- leading to a recognizable international brand, as it pertains to comedy. Beyond Annoyance Theater, Mick Napier has consulted and directed for the world famous [the] Second City.

The way Mick Napier approaches improv comedy is grounding, yet uplifiting. Napier has directed and instructed many notable names including Steve Carrell, Stephen Colbert, Tina Fey and Amy Sedaris. To name a few; a very, very few. His no-nonsense approach has led to people flocking to Chicago to learn from him and his book is every improviser’s must-have. Mick Napier is one hell of a teacher, with one hell of a global reach. Beyond improvisation, Napier teaches people how to be better people.

Mick Napier’s first book, Improvise: Scene from the Inside Out, quickly became many people’s improv bible. Stephen Colbert even wrote the foreword for the title. The detail and raw nature of the book made it a must-have book for any improv comedian. So, when Mick Napier announced the release of his follow-up book, the improv world rejoiced. Mick, who won a Joseph Jefferson Award for Directing, provides a deeper look at improvisation in Behind The Scenes: Improvising Long Form. Released by Meriweather Publishing this past January, Behind The Scenes: Improvising Long Form is available on Amazon and select retailers.

RISE Comedy had the privilege to sit down with Mick Napier exclusively to speak about his book and philosophy of improv.

I’ll fan-girl here. Improvise is my improv bible. What inspired you to write Improvise: Scene from the Inside Out?
I wanted to collect my thoughts and theories about improvisation and I just started writing. I ironically thought, also, that documenting it would lessen my need to clarify certain teachings about improv, but it just opened up more doors and questions. I had the book mostly written 3 years before I published it. I had promised Martin de Maat, perhaps the greatest teacher of improvisation, not to publish mine until after he published his. He passed away in 2001 so I went ahead and finished it.

That is incredible. What was the focus of Behind the Scenes? Why did you write it?
There’s a few of reasons. One is that I wanted our community to look at long form improvisation as a commercially accessible entertainment product. Sometimes I think we treat it as an insider’s improv experience that is foreign to all but improvisers who see it. Another reason is to provide tips for performers performing long form in order to make it better and funnier. And lastly, I wanted to take a look at the psychology of long form, from what one might be thinking in the back line to the invitation to be funny with your improv.

Who was your most inspirational teacher?
As mentioned before, Martin de Maat. I would introduce him to people like this: “This is Martin de Maat. He’s the greatest teacher of improvisation in the world. You could (granted sometime annoyingly) go out to dinner and he would be inspiring the waitress to live her dreams, etc. He not only taught improvisation in a very positive manner, he taught life. When you took his class there’s a good chance your life would change a bit for the better.

Martin de Maat has left such a legacy, no doubt. You’ve shared friendships and the stage with colossal talent. Who were some of your favorite folks to perform or work with?
I have been lucky to work with some of the funniest people in contemporary American comedy in the last quarter century. I don’t know if I can pin-point anyone, per-se. Of those you may have heard of, I think there’s a good possibility that Amy Sedaris is the funniest person I’ve worked with. Stephen Colbert is as kind as he seems. He’s for real. On the newer scene, Conner O’Malley of Late Night with Seth Myers is painfully funny, as is his beautiful and kind girlfriend Aidy Bryant. When people ask me “What’s if like to work with whoever?”, I say, “It’s exactly like working with you right now”.

When people work with you, what is it that you want people to take away?
That is such a good question. I want people to think of me as kind to work with, professional, and protective of their work and voice. I think I would also like them to regard me as someone who fucks around just the right amount and is funny. When I direct a show, Funny is everything to me. And when I direct a show, Beauty is everything to me.

I love me some Mick. Take your work seriously, but don’t forget to fuck around while doing it.

Jon Jon Lannen is a writer, performer and instructor at the Voodoo. He loves improv and fizzy drinks… a lot. More on him here.