A Short History of Karaoke: Who Grabbed the Mic First? 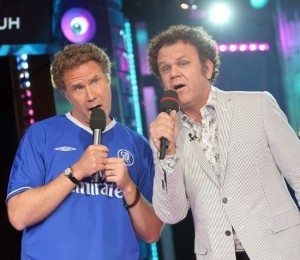 Most assume karaoke is of Japanese origin. After all, it sounds Japanese, and it is – sort of. The word is a combination of two Japanese terms, meaning “empty orchestra.” In actuality, karaoke is an American and Filipino idea perfected and popularized in Japan then kindly returned for our amusement.

In the  early 60s, the NBC show, “Sing Along with Mitch,” featured captioned lyrics at the bottom of the screen and encouraged the home audience to sing along with the show’s straight-laced chorus of Hardy Boys. While a backing vocal track was included, hardly making it an “empty orchestra,” this show served as the first karaoke machine, providing lyrics to popular songs in order to eliminate the pesky task of memorization that so often impedes the joy of singing.

The real innovation came in the late ’60s, a period when Filipino singers were flocking to Japan for work. Cheaper than hiring a full band, the singers came armed with pre-recorded tapes, inspired by the Filipino trend of “minus-one music,” cassette tapes with and without vocal tracks for use at sing-a-longs.

Combining the two into one machine – readily available lyrics and wordless backing tracks – ended up being Japan’s contribution. The first karaoke machine was invented by drummer Daisuke Inoue in 1971. From TIME magazine:

Inoue’s invention grew out of his and his bandmates frequent live accompaniment of “middle-aged businessmen who wanted to sing traditional country [in clubs].”

According to legend, demand for Inoue to accompany tone deaf, traveling executives became too high, and the drummer began to offer pre-recorded tapes of his percussion tracks instead. Eventually, he created a device that became popular in Japanese hotels and bars featuring tape recorded sing-a-longs. Unfortunately, Inoue failed to patent the device, and it was soon replaced with “karaoke boxes,” private cubicles which simulated the experience of singing in the shower without the hassle of undressing or bathing.

Public karaoke took off in its modern sense in the mid ’70s, first spreading to Southeast Asia and then the world. Its popularity has ebbed and flowed over the last several decades; the home karaoke machine was popular for a while, but in recent years, it’s drifted back to its original home in bars, clubs, and music venues, once again a frugal replacement for professional entertainment. That being said, the cheap cost of the experience shouldn’t reflect its appeal – millions around the world flock to karaoke nights for an evening of light-hearted fun with friends.

Eager to grab the mic yourself? Come down to the RISE Comedy Playhouse on a Friday night – no cover, no drink minimum. Contact us with any questions or comments, and check out our calendar for a full list of events.